We Must Stop Blaming Parents for Baby Sleep Problems

This article has been reprinted with permission. Original title: “Sleep research and advice is full of parent-shaming and it needs to stop“

I recently met a woman who told me that when her baby was roughly four-months-old, she was persistently fussy and just wouldn’t sleep…at all. She really felt something was wrong. But it was her first baby, and she relied on her pediatrician for guidance. The pediatrician said that she just needed to “let the baby cry it out.” The first night, the baby screamed for an hour until she lost her voice. Mom steeled herself the next night and tried again: same outcome.

She returned to the pediatrician’s office and suggested that maybe there was something physically wrong, but the nurse scolded her, “You just didn’t do it right. You just need to be stronger.”

The mom choked up when she recounted this story. Knowing what she knows now, she suspects that her baby had silent reflux and was actually in pain. First, the medical professionals made her feel weak and inept, and then she felt guilty for having put her baby through all of that. How can we stop blaming parents for baby sleep problems? 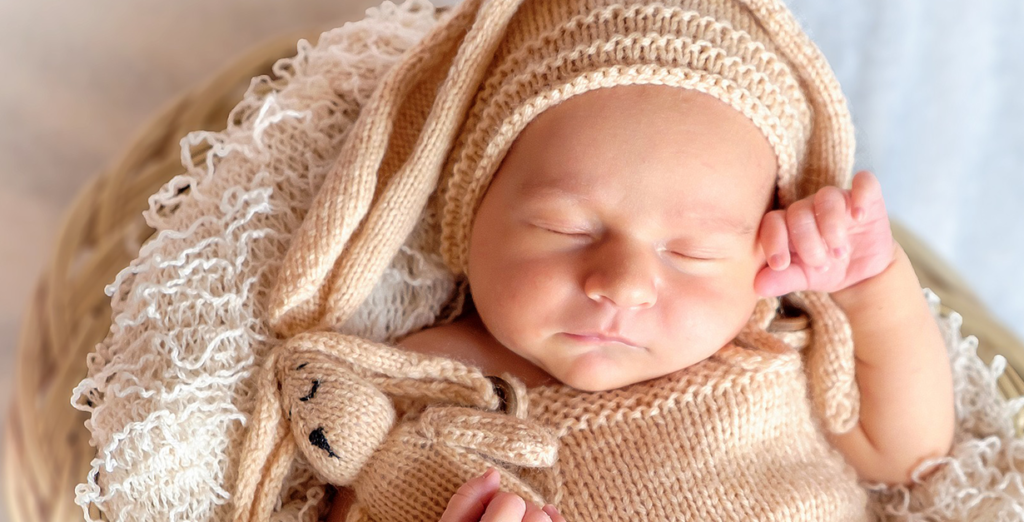 Why Are Parents Blamed for Baby Sleep Problems?

It’s Watson’s fault. Behaviorism is the theory that underlies almost all of the sleep research and advice that comes from it: If you reward a behavior, it will persist. If you remove the reward, it will go away.

John Watson was a scientist in the 1920s who saw all behavior as moldable by the external environment. Behavior, he believed, was created through reinforcement (rewards) and extinction (withholding of rewards). He was not at all concerned with inner thoughts or feelings. Each child, he said, was a blank slate to be written on by the outside environment (i.e. parents).

For parents working on sleep, a “blank slate” means that any persisting difficulties in behaviors are failures of the environment. The theory insists that the baby brings nothing to the table and so, the only logical culprit for undesirable outcomes is the parent.

Most of today’s existing sleep advice is based on research that is firmly grounded in behaviorism. In fact, in the research literature, “crying it out” is called “extinction.” The theory submits that by removing parental reinforcement (response) for protest or night waking, the target behavior (waking and crying) will be extinguished (eliminated).

Does it work? Sure! Many, many studies say that if a parent doesn’t respond to their child’s crying, the crying will cease, and babies will sleep. (And, truthfully, for many parents of fairly easygoing kids, this is the case. The process is quick and mostly painless. No harm, no foul.)

However, for many families, the process is not easy or painless. Parents who can’t bear the crying — either because of their own past trauma or because they have an intense baby who cries for hours — and finally respond to their hysterical child are said to be “caving.” Parents who report that they just can’t withstand prolonged crying are called “tear sensitive.” Pediatric sleep medicine journals now have a diagnostic category for infant sleep problems called limit-setting disorder (and they’re not talking about the baby). In the behavioral mindset, the success or failure of sleep training is all on the parents’ shoulders. 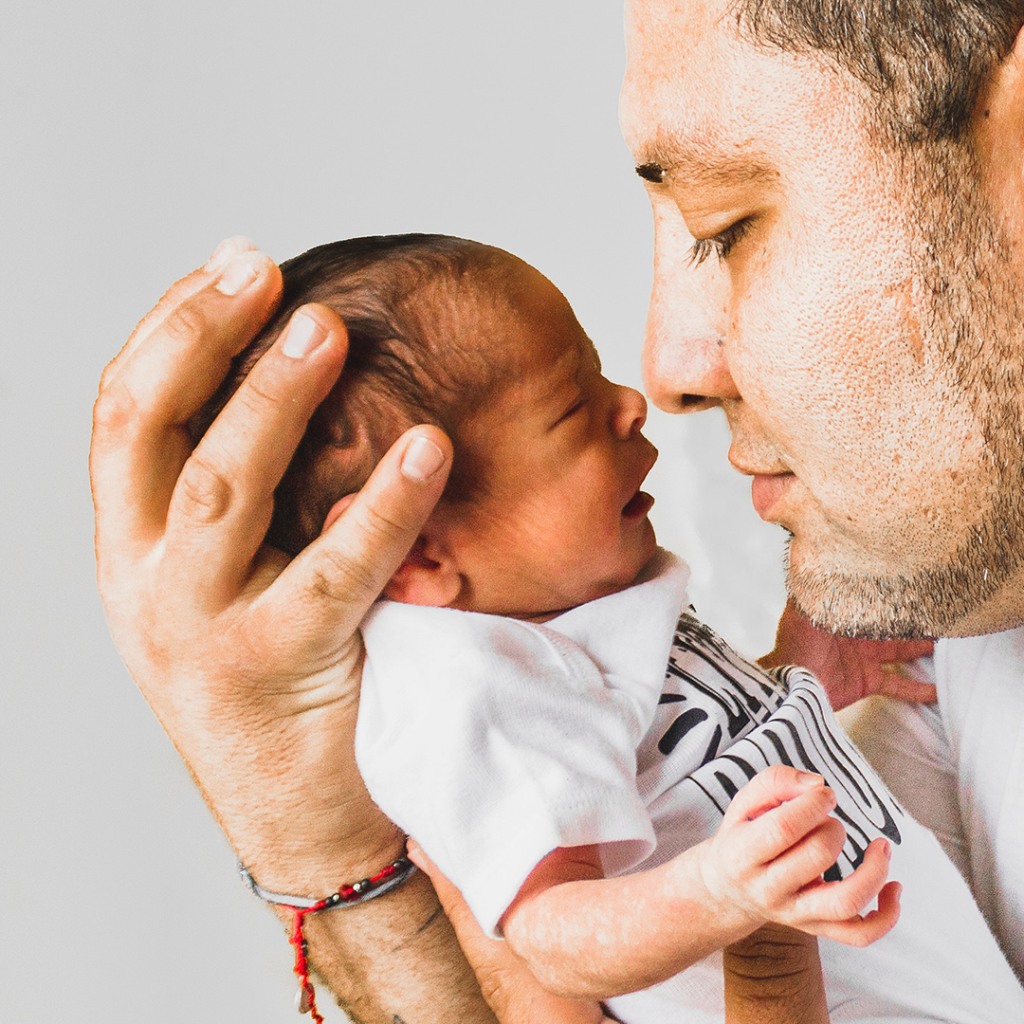 The advice also isn’t great about babies’ developmentally appropriate needs and behaviors. Nursing to sleep and being rocked or held to sleep are cast as “bad habits” or “sleep crutches” — even in very young babies. I’ve heard from parents of 6-week-olds who worry about rocking their newborn to sleep for fear that they’ll create habits that can never be broken.

We’ve made parents think that somehow if they help at all with sleep, their babies will never, ever learn how to do it and they will be stuck rocking them forever. Madness. Nowhere else do we apply this theory with the vigor and urgency that we do in infancy around sleep.

Wondering how you ng you can sleep train?
Read: Sleep Training at 4 Months? Why it Might Be OK — or Possibly Better — To Wait

The need for help with sleep in the first six months is developmentally appropriate. Babies’ neurological and physiological systems take time to mature. Saying that if parents do X, Y, or Z for their baby means it will never change is like saying “Don’t help your child get dressed because if you do it for them, they’ll never learn.” We know that certain abilities require cognitive, motor, and visual abilities that infants don’t have. So, we help them. Why do we treat sleep so differently?

Babies aren’t all the same. Some infants come into the world wired more sensitively. These children tend to have a more difficult time with regulating awake/asleep or distressed/calm states. Their nervous systems may be more reactive to the environment, and they appear to need movement or soothing in order to regulate. In this context, these are not “bad habits.” They are appropriate forms of support that these babies need to help regulate… for now.

You know your baby and you know yourself. Parents come to parenting with all kinds of histories, as well as their own temperament and values. Suggesting that they are weak or are “helicoptering” because they can’t let their baby cry is another way that advice fails to meet parents where they are and provide options.

The over-focus on behavior can also result in parents’ concerns getting discounted or dismissed. Some health professionals seem so certain that parents “just need to let that baby cry” that they don’t investigate other conditions that can negatively impact sleep (e.g. silent reflux, feeding problems, obstructed breathing, restless legs syndrome, parental depression/anxiety). As a result, these parents may end up swimming upstream with sleep training, wondering why it’s not working.

A New Way to Think About Sleep

So, Watson was wrong. Babies aren’t blank slates and it’s not all about what parents do or don’t do. Sleep resides in a complex system: the baby’s development and neurological maturity, parents’ preferences/values, parents’ own history.

Parents, you are doing a good job, and you know your baby. Don’t let Watson (or anyone else) make you think otherwise.