Sample Schedules: Sleep and Naps From 6 Months to Preschool

Sometimes it seems like babies and young children grow up in the blink of an eye. They leave behind one skill and gain another as fast as you can get out your camera. While they are growing, their sleep needs change too. Your three naps-per-day infant grows quickly into a one-nap toddler, and gradually shifts towards getting all of their sleep overnight. It can be hard to keep up with schedules when they are always changing, so we have put together a handy list of sample schedules for each age group. 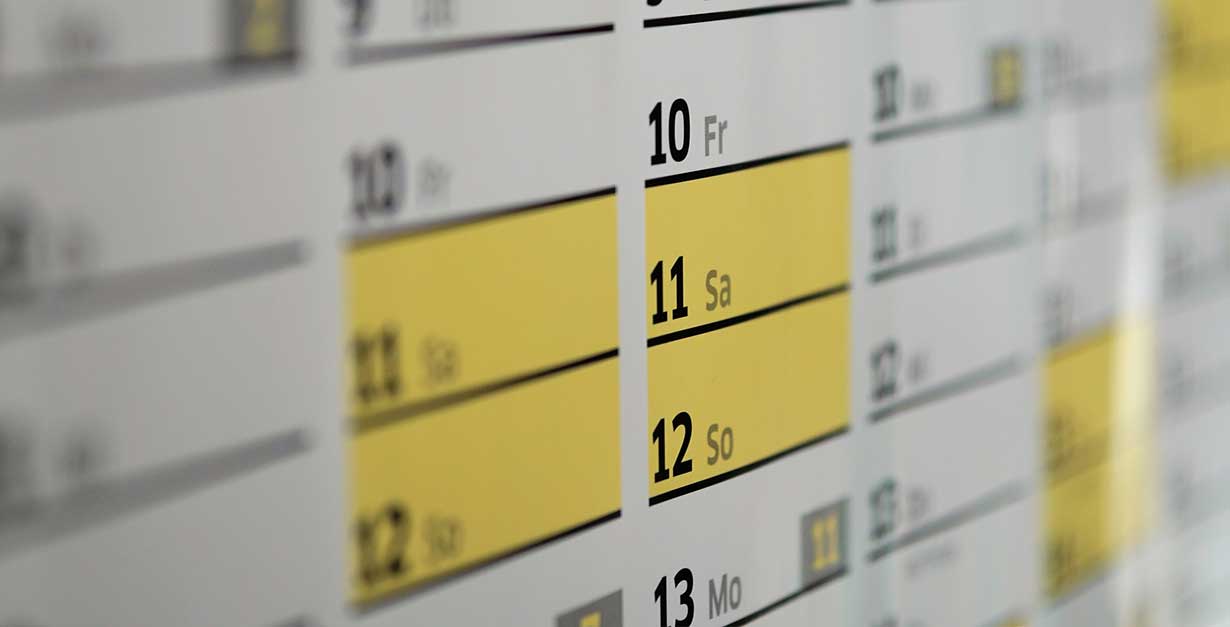 AAP and NSF recently came out with new sleep average recommendations, however they group night and day sleep together. As a result we have separated naps and night sleep and shared the averages in these articles. Please know that there is always at least one hour wiggle room on these averages. Watch your clock AND your child to determine where you child falls within the average.
Want to know more? A BRAND-NEW EDITION of The Sleep Lady’s Good Night, Sleep Tight is out, and it’s on Audible too! Find it, here.

Sleep Schedules – Your Six to Nine-Month-Old

At around 6 months, babies need an average of eleven hours of uninterrupted nighttime sleep, and three and a half hours of daytime naps spread over two to three naps. From six through eight months, babies become more mobile. They roll over, sit up, maybe even stand holding on to something. Many scoot or crawl, and the first teeth come in. Most babies sleep through the night fairly regularly, but if yours doesn’t, it is still quite easy to get them on a good 6 month sleep schedule.

At six or seven months, a baby who had been a good sleeper might start having difficulties. As she experiences her first wave of separation anxiety, she may resist being left in her crib at night. She may start also start waking up more often to see you. There is no “right” schedule for all babies.

Sleep Schedules – Your Nine to Twelve-Month-Old

Nine to twelve-month-old babies are reaching developmental milestones at an amazing rate. These babies are more mobile, crawling and pulling themselves up in their cribs, and can pop up each time you put them down at bedtime. Some walk by their first birthday—a major developmental milestone that can temporarily disrupt sleep. Increased activity can tire them out, so you have to pay very close attention to their sleep window, when they are most ready and able to fall asleep. Some can even fight sleep, and hide their sleep cues making it easy to miss that ideal sleep window.

Sleep Schedules – Your Thirteen to Eighteen-Month-Old

At this age toddlers need an average of eleven and a quarter hours of uninterrupted sleep at night and two and a quarter to two and a half hours during the day. Children at the younger end of this age bracket take two naps, in the morning and afternoon, but by eighteen months most consolidate to one midday or afternoon nap. The thirteen to eighteen month old schedule has to work in that nap transition while also considering the complicated development that can cause sleep problems.

At around fifteen to eighteen months, toddlers transition from two naps to one. That’s a tricky stage because there is usually a point when one nap is not enough and two naps are too many. The result is an overtired child who doesn’t sleep well at night.

These sleep times are averages, but variations should not be huge. Watch your child’s daytime behavior for clues to whether he or she needs more sleep. Toddlers and early preschoolers are a lot of fun, but bedtime can be a challenge. They are learning to follow simple directions, yet they also test our rules and their limits. Curious about their world, they are extremely eager to explore, leading to more limit testing and boundary breaking. They climb, crawl, crash, and clamber, standing on furniture, knocking down gates, trying to scramble out of the crib. Yet as they push their limits, they rely on their parents to keep setting boundaries, seeking safety, reassurance, and security.

Sleep Schedules – Your Two-and-a-Half to Five-Year-Old

Between ages two and three, average sleep needs drop to about ten and a half hours a night, plus an hour-and-a-half afternoon nap. Four year olds need eleven and a half hours at night, and most no longer nap daily, although they do need about forty-five minutes of quiet time each afternoon and possibly an occasional nap. Five-year-olds sleep about eleven hours a night, and afternoon quiet time is still beneficial.

Preschoolers still need a lot of sleep, but they are immensely clever at devising reasons not to get it. They stall and evade with amazing ingenuity, which can be frustrating for parents, or comical, or both. As parents, we need to inject some discipline into bedtime, but still keep it warm and cozy. We need to help them with those bouts of the scaries that can make bedtime difficult even when they aren’t turning stalling into a competitive sport. As they begin to cut back and eventually outgrow their naps, we have to keep tinkering with their sleep and wake schedules and introduce afternoon quiet time in order to avoid meltdowns before dinner