My Baby Cries Until She Throws Up — What Should I Do?

A mom named Kate wrote in with a concern about her 9 month-old who cries until she throws up at bedtime. She writes:

“My 9-month-old still co-sleeps with us and wakes up to 2 to 3 times per night for breastfeeding. I’m really worried about how to sleep train her. She cries until she throws up.”

The answer to this question depends on what your goals are. It sounds like you want to sleep train her, but you also have to decide if you’re going to night wean her. First, talk to your doctor as to whether your baby is ready to go 10-11 hours at night without a feeding given her age, weight and health. If your doctor says no or you want to keep one feeding you can build that into your sleep plan. 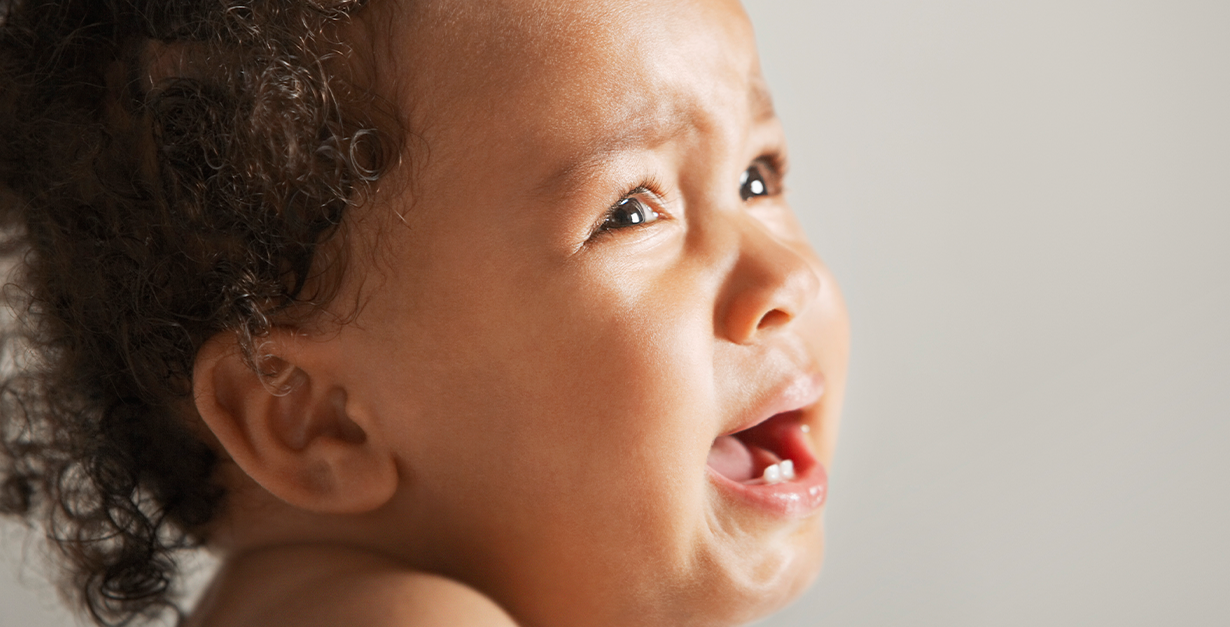 Co-Sleep in Her New Room Before Night Weaning

One of the things you could do is co-sleep with her in her room or wherever she will be sleeping. Let’s say she’s going to sleep in a crib in another room. You would co-sleep with her in this room in a makeshift bed on the floor in order to first get her adjusted and acclimated to that room. I would also spend time in that room during the day. Play in that room. Read in that room. Talk about the room too. Say, “that is where your beddy-bye is, and that’s where you’re going to learn to go to sleep.

In this first scenario where you co-sleep with her in her room, you could also night wean her at the same time and then transition her to her crib.

Sleep Separately and Come In Just To Nurse Her

There is another way to continue to safely co-sleep and also begin night weaning her. In this second scenario she would co-sleep with the other parent and you would come in just for the one feeding for 3 nights.

Continue Co-Sleeping At First and Regulate the Nursing

If the above scenarios are not an option, you could keep co-sleeping, but wear a bra and a fitted shirt. Plan to have only one time that you breast feed. The rest of the time you will snuggle, spoon her, and put her facing away from your body. Help her to go back to sleep this way instead of nursing.

If you decide you want to end cosleeping and fully or partially night wean her you will eventually get to that big night where you’re going to put her into the crib at bedtime, stay with her, and do a gentle method like The Sleep Lady Shuffle. You want to start sleep coaching at bedtime after a great day of naps.

Want to stop cosleeping?
Read: How To Stop Cosleeping: Transitioning Your Child to a Bed

Feed Her Earlier Than Normal

If possible, arrange her bedtime feeding earlier in the routine to allow a bit more time for digestion. This will ensure that she will not have a full belly of milk that is easy to throw up. You could feed her before a bath and have another shorter feeding after the bath, which is before bed. You may have to play around to see what works best.

Stay With Her In Case She Cries Until She Throws Up…

Most importantly, stay with her at bedtime. I find that the vomiting is greatly reduced when you stay with her. It’s often when we leave our kids to cry in their crib with no warning that leads to hysteria and then vomiting. It is as if we are saying, “I used to co-sleep with you. Now I’ve had it, and I’m putting you in the crib!”

A child can easily become very upset with an abrupt transition like this, particularly at this age where there’s already heightened separation anxiety. That’s why she cries until she throws up. So, stay with her and offer her physical and verbal reassurance.

What If Baby Still Cries Until She Throws Up

When you see the signs of her becoming upset, or she makes that noise indicating she’s going to vomit, reassure her over the crib edge. Tell her, “It’s okay, sugar plum (or whatever you like to call her), lie down.” Pat the mattress and encourage her to lie down. Keep on reassuring and comforting her so that she doesn’t get to the point of being so hysterical that she vomits.

Over the course of the week you will be able to do less and less intervention as she begins to learn the skill of putting herself to sleep.