One Nap Per Day: How to Transition Your Toddler with The Shuffle

If you’re a parent who sticks to a schedule, your days probably revolve around your child’s nap schedule. When toddlers drop down to one nap it can really open up your mornings. However, the wrong amount of sleep during the daytime can lead to sleep problems overnight. A mom named Suzanne is struggling with this question, so she wrote in:

“My 15-month-old boy is going through some kind of sleep regression after months of being a pretty great sleeper. He was sleeping 11 to 12 hours at night, and taking two naps totaling 3 hours during the day. He’s an early riser oftentimes getting up between 5:30 and 6:15. We give him breakfast and then play and he’s usually down by 9:30 or 10 for the first nap of 2 hours.

He’s still takes a morning nap, but it’s getting shorter and he refuses go down for a second nap in the afternoon, usually around 3 or 4:00 p.m. He also is waking up in the middle of the night raring to go. The only thing that stops his yelling is a bottle of breast milk, but even that doesn’t necessarily put him back to bed. He sleeps in the same room as us in his crib and he doesn’t like sleeping with us in our bed. What do I do? How do I get him back to sleep?

I’d like to get him on a one nap per day schedule, but he’s so tired in the morning. He usually conks out anyways. I’ve been moving bedtime earlier to between 6 and 6:30 p.m. and he usually has no problem falling asleep, but he wakes up much earlier now. Last night, it was 4:20 a.m. The room is dark. We have a white noise CD that plays all night long. So, all of those things are in order. He also has an annoying habit of having a huge bowel movement with his naps. Is there any way to avoid this? Please help and thank you for your book.”

We’ll help this mom and you: 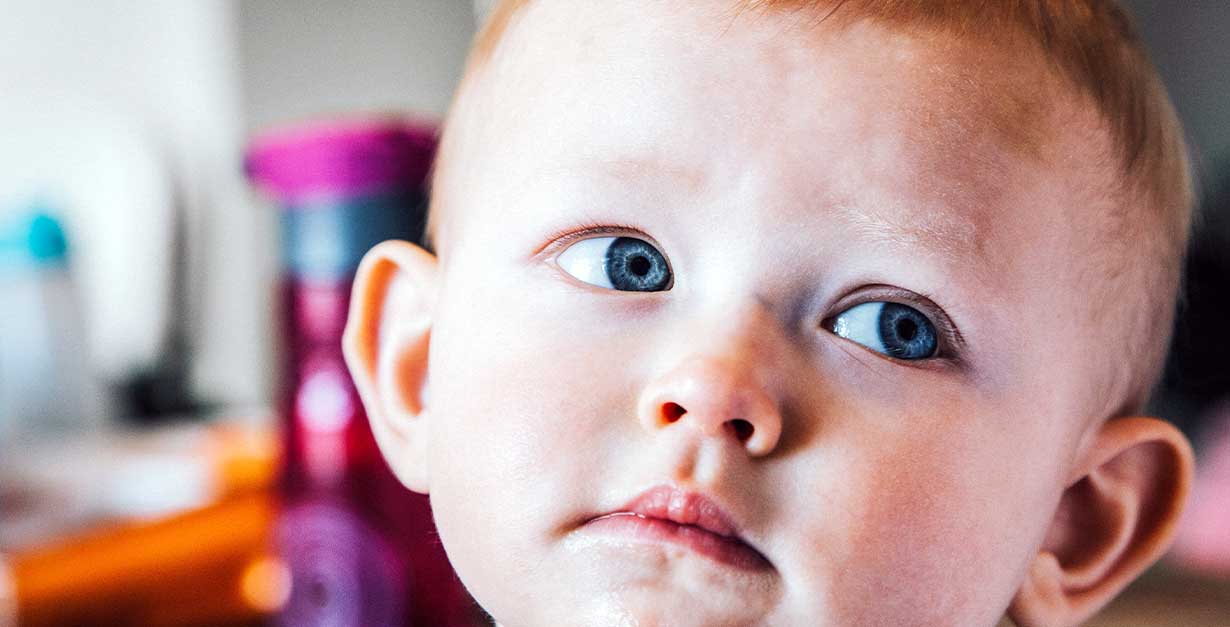 Lots of times what happens when we try to transition our toddler to one nap, we end up with a big morning nap and then no afternoon nap. Or sometimes parents get stuck with one nap from 11 a.m. to 1 p.m., then there’s this long stretch to bedtime and and the child conks out at bedtime. This often causes early rising and eventually night awakenings. Usually the night awakenings happen after about 3 weeks of this pattern.

First, respond consistently to his early rising. Don’t get him out of his crib until after 6:00 a.m. That’s hard with him being in your room, so just say, “Shh, quiet. Night, night.” Roll over so you’re not looking at him and just try to ignore him the best that you can with an occasional “shush” if needed. At 6:00 a.m. you can do dramatic wake up, turn on the light, and start the day. Don’t feed him right away, do your best to try to delay breakfast. Stall it a little bit.

When he has that morning nap, wake him up. That’s hard to believe, but wake him up after the morning nap at 45 minutes because you need to preserve what they call “sleep pressure.” So that he is “tired enough” to have an afternoon nap, which is going to help him get back to that 7:00 p.m. bedtime and should end up resolving some of his early rising. You want to shorten the morning nap to about 45 minutes so that afternoon nap can also be sooner than 3 or 4:00 p.m, which is on the late side. Aim for an afternoon nap that starts between 12:30 and 1:30 p.m., depending on how he is acting.

Need more advice about nap schedules?
Read: Baby and Toddler Naps — Everything You Need to Know

The window from morning nap to afternoon nap is usually 3 hours, and then shoot for about a 4-hour window from his afternoon nap to bedtime. You need to get him better rested before you can lengthen those windows. I also think that you have to be careful to not intermittently reinforce the awakenings at night by sometimes giving him a bottle. Consider weaning the bottle.

Modify The Shuffle to Fit Your Needs

So, again, create your plan and go in. Sit next to the crib at bedtime and when he wakes during the middle of the night. Go to the cribside, sit down and say, “Night, night, lie down.” Don’t stand because he’ll grab you. Instead, encourage him to lie down, so that once he goes back to sleep, you end up going back in to your bed.

For the first three nights, you can sit next to his crib and after that, I would just do an initial crib side check. Encourage him to lie down and then reassure him from your bed. You’re not going to do all of The Shuffle positions, because you’re sharing a room. Consistency is going to be very important and making the tweaks with his naps. Then he should get back to his old habit of sleeping through the night.

Learn more about The Shuffle.
Read: The Sleep Lady Shuffle: How to Gently Sleep Train your Baby