Wean The Pacifier! How to Sleep Train Without the Binkey

A reader named Holly wrote in about how to wean the pacifier and get some better sleep for her nine month-old. She writes:

“My nine-month-old still wakes up four times a night for apparently no reason. Any advice? I give her water in the night and her dummy (pacifier). She generally goes back to sleep until maybe 5:30 a.m. and then it seems we start our day with a grouchy baby. She sleeps from 6 p.m. to 12 midnight and then is up sporadically until 6:00 a.m.”

While the pacifier or “dummy” has been lauded as a way to reduce the risk of SIDS, there is a limit. Healthcare providers recommend that you wean the pacifier sometime between age two and four. But first it’s important to look at sleep patterns. 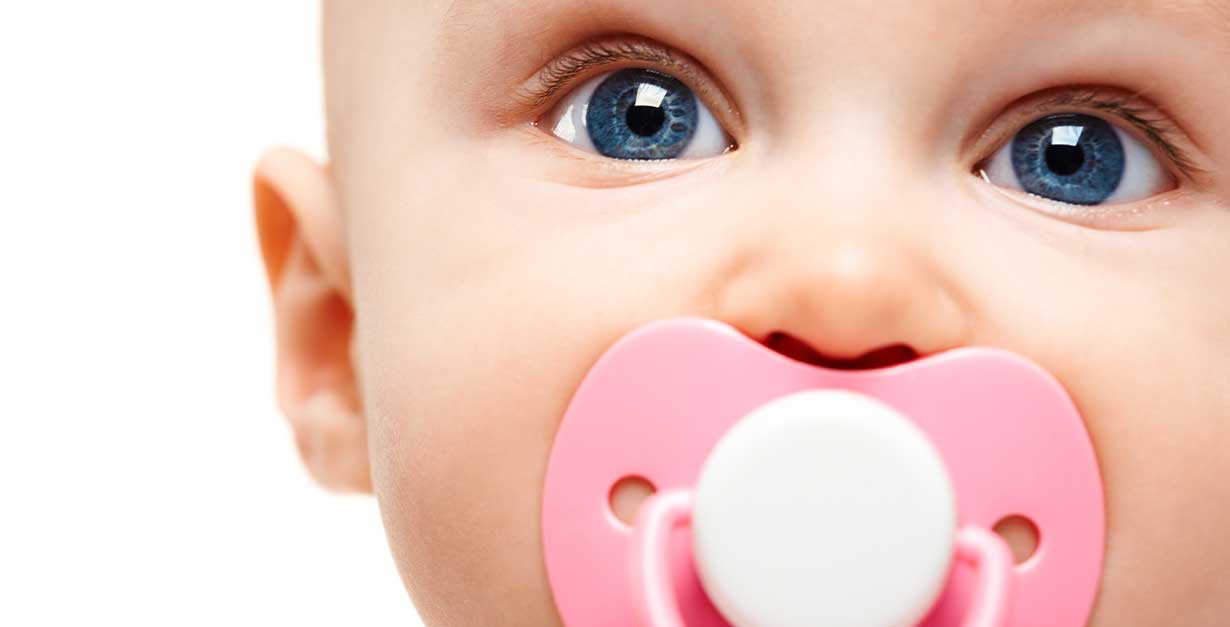 The average nine-month-old needs about 11 hours during the night and 3 hours during the day over the course of two naps. Sometimes we have to hold on to a third nap until they’re napping long enough to make it to bedtime. A good nap schedule that includes 3 hours of good sleep will make a big difference in how well and how long she can sleep at night.

Be sure she is awake when she’s being put down both for naps and bedtime. This will help her learn how to put herself to sleep and back to sleep.
If you’re putting her into the crib at bedtime with her pacifier or dummy (and she’s almost asleep), then you need to put her in more awake.

Whatever method you choose, pick what you can follow through with consistently.

Need to read up on Gentle Sleep Training?
Read: The Sleep Lady Shuffle: How to Gently Sleep Train your Baby

I’m not sure whether you started giving her water in the night because she was getting a bottle, sippy, or breastfeeding when you night weaned her and at some point you replaced it with water?

Some babies won’t take water because they only like milk in their bottle. But, for those who are happy to have water in their bottle, it may become a new sleep crutch. The child may begin to fuss about how much water is in the cup or bottle as it does not provide enough sucking time to soothe herself back to sleep.

Most babies don’t need water during the night, but, if she will take water in a sippy cup, you could put a small one in the corner of her bed. Be sure it is spill proof and that she can help herself to it. You can even hand it to her if you feel she needs water. But make sure you don’t get into the habit of refilling the water cup because that will be your new sleep crutch.

Decide Whether to Wean the Pacifier

Next, decide what to do about the dummy.

Figure out whether she has the pincer grasp, which is the ability to pinch the pacifier, pick it up, and put it back in her mouth by herself. You will probably see this if you’re just starting to do any self-feeding during the day. If that’s the case, and you want to keep the pacifier, put several of them in her crib.

If you don’t want to do any of that because you have had it with the dummy, then consider weaning the pacifier. Unfortunately, there’s no way to do this gradually. It’s either in your mouth or it’s not.

Tips on Weaning From the Dummy

It’s tough to wean the pacifier because there is no gradual method. But, you can be there to pat, shush, pick her up, and hold her to calm her down until she’s asleep and back to sleep.