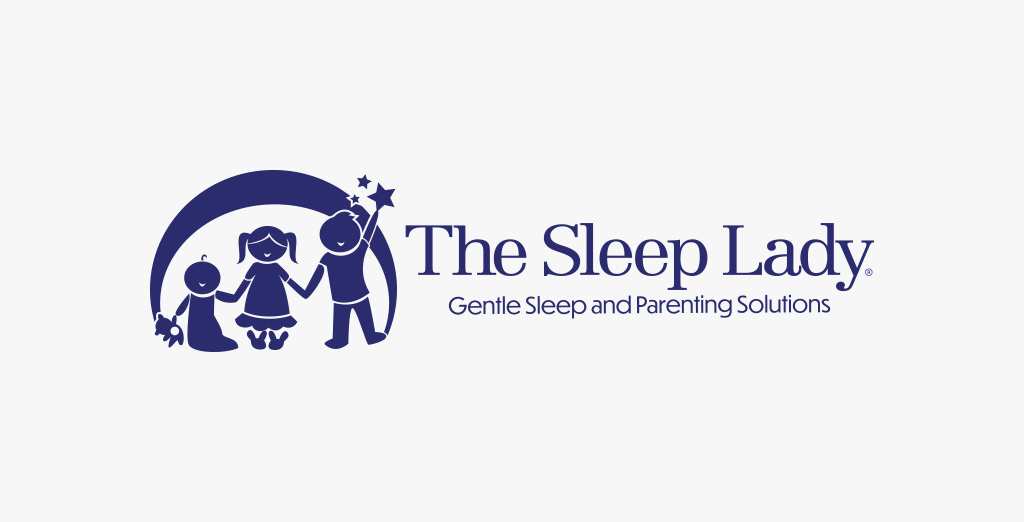 Hi. I’m Kim West, the Sleep Lady, and in this video, I’m going to answer Jamie’s question that she posted on my Facebook page. Here’s what she wrote:

Hi. My nine-month-old wakes during the night for her dummy (or pacifier) and also one night feed. How do I eliminate this?

She goes to bed at half seven and she’ll still be awake at that time. Then the times that she wakes in the night are random.

(Wow! That’s pretty great. I bet you some people watching this video are going to be jealous.)

She only naps once in the day around 1:00 for anything up to an hour.

Counting The Early Naptime As Nap #1

Jamie, I am going to guess that she’s probably first waking

up at 5 or 6:00 in the morning. That might be one of the times that you regularly feed her and then she goes back to sleep afterward. This actually ends up being like her morning nap. So, she only has one other nap and is going to bed at half seven.

Even if she is “napping” early and then again at about 1 p.m., I’m concerned that she’s a little nap-deprived. This actually might be causing some of the night wakings, although you say they are random.

Keeping Her Awake At Bedtime

I know you say that she’s “still awake” at bedtime, but I want you to be really, really positive that she’s awake enough to be mastering the skill of putting herself to sleep independently. If you give her a bottle or look at a story with a pacifier at bedtime, then I want you to make sure she’s not dozing off or getting very drowsy. After all, she’s not well-napped so she might be pretty darn tired come 7:30 pm!

I want her really awake for bedtime. This may mean that for a couple of days you have to put her in bed at 7 p.m.

If she starts crying, I know that a part of you might say, “Oh great, now she’s crying at bedtime.Now The Sleep Lady ruined bedtime for me! That wasn’t a problem before.”

I understand how you could feel that way. But, I want you to say to yourself, “Aha! She probably was too drowsy at bedtime, and I really do need to put her down more awake so that she can learn the skill of going to sleep at bedtime, which is the easiest time to learn it. Then she can begin to apply that skill in the middle of the night for all of the other wakings and for her naps too.”

Training Her To Find The Pacifier

In terms of the pacifier, usually by nine months old a child will have the pincer grasp: the ability to pinch something, pick it up, and put it back in their mouth. When she wakes during the night I want you to start to put the pacifier in her hand rather than her mouth. You can even put one in each hand so that she can try to put the pacifier into her mouth from either hand by herself.

Next, you can start putting them by her side and maybe push them a little closer to her so that she can reach them. Try to help her see that they’re there.

Lastly, you will just point to them and let her move toward one and grab it for herself. At this point, you’re no longer in charge of putting it in her mouth.

Babies will often cry with their eyes closed and want you to put the pacifier back in. They’re not thinking, “Oh, I better look for the pacifier in my crib.” They haven’t had to think like that or do that because up to this point, you’ve done it for them. This is their opportunity to learn. Of course, you can also decide to completely wean the pacifier at night if you choose. The only way to do that is cold turkey, unfortunately, but you can stay by her side and sleep coach her using The Shuffle.

You really have to work on the pacifier training first, and then you have to decide on the one-night feeding. Do you want to keep it? Do you want to wean it? Does she need it??

If you’re unsure, you can check with her doctor to see if she really needs the calories during the night.

Whatever it is that you decide, I want you to have a consistent plan in how you respond to her during the night.

If you want to keep the one feeding, then just make a rule about it. For example, “the first awakening after midnight, I’m going to go in to feed” or “after 11 p.m.” or whatever is a time that you think she seems really hungry.

You will give her a bottle (or nurse) at this chosen time and then for all the other wakings you will sleep coach her through it.

I would recommend that you sleep coach her using The Sleep Lady Shuffle, which is a gentle sleep coaching method where you can stay with her and offer her physical and verbal reassurance to go to sleep and back to sleep.

When you follow my method you slowly move out of the room over the course of the week.