I recently went to a workshop on Post Partum Depression (PPD) and was shocked and saddened to hear how prevalent and largely untreated PPD is. As a mother and social worker, I felt compelled to write about this topic in my newsletter and to encourage each of you to speak up, share your stories and feelings, listen to a friend’s story and seek professional help if needed.
In last month’s newsletter I asked readers who had experienced PPD to share their story with me. I received hundreds of emails!!! I wanted to personally respond to all of them–my heart went out to each of you. Because I could not choose just one story or try to edit them all, I decided to share an excerpt from “Beyond the Blues-A Guide to Understanding and Treating Prenatal and Postpartum Depression” By Shoshana S. Bennett, PhD and Pec Indman, EdD, MFT , Moodswings Press, 2003.
“Contrary to popular mythology, pregnancy is not always a happy, glowing experience! Approximately 15- 20 percent of pregnant women experience depression. Of these, about 15 percent are so severely depressed that they attempt suicide.
There are five postpartum mood disorders. This list details each of the principal disorders, some of their most common symptoms, and risk factors. It is important to note that symptoms and their severity can change over the course of an illness.

“Baby Blues” – Not Considered a Disorder

This is not considered a disorder since the majority of mothers experience it.
· Occurs in about 80 percent of mothers
· Usual onset within first week postpartum
· Symptoms may persist up to three weeks
Symptoms
· Mood instability
· Weepiness
· Sadness
· Anxiety
· Lack of concentration
· Feelings of dependency
Etiology
· Rapid hormonal changes
· Physical and emotional stress of birthing
· Physical discomforts
· Emotional letdown after pregnancy and birth
· Awareness and anxiety about increased responsibility
· Fatigue and sleep deprivation
· Disappointments including the birth, spousal support, nursing, and the baby
Deborah’s story:
For about a week and a half after my baby was born I would cry for no reason at all. Sometimes I would feel overwhelmed, especially when I was up at night with my son. Once I even thought that I had made a big mistake having a child. I felt resentment toward my husband since his life stayed pretty much the same and mine was turned upside down. When I started going to the mother’s club at two weeks, I felt so relieved that all these other moms felt the same way.
Deborah’s treatment:
Since Deborah was experiencing normal postpartum adjustment, she did not require any formal treatment. Her hormones were balancing out by themselves. All she needed in order to enjoy her new life was a combination of socializing with other moms, taking time to care for herself, and working out a plan of sharing child and household responsibilities with her husband.

· Occurs in 15 to 20 percent of mothers
· Onset is usually gradual, but it can be rapid and begin any time in the first year
· Excessive worry or anxiety
· Irritability or short temper
· Feeling overwhelmed, difficulty making decisions
· Sad mood, feelings of guilt, phobias
· Hopelessness
· Sleep problems (often the woman cannot sleep or sleeps too much), fatigue
· Physical symptoms or complaints without apparent physical cause
· Discomfort around the baby or a lack of feeling toward the baby
· Loss of focus and concentration (may miss appointments, for example)
· Loss of interest or pleasure, decreased libido
· Changes in appetite; significant weight loss or gain
Risk factors
· 50 to 80 percent risk if previous postpartum depression
· Depression or anxiety during pregnancy
· Personal or family history of depression/anxiety
· Abrupt weaning
· Social isolation or poor support
· History of premenstrual syndrome (PMS) or premenstrual dysphoric disorder (PMDD)
· Mood changes while taking birth control pill or fertility medication, such as Clomid
· Thyroid dysfunction
Lori’s story:
I was so excited about having our baby girl. My pregnancy had gone smoothly. I had been warned about the “Blues,” but I just couldn’t shake the tears and sadness that seemed to get deeper and darker every day. My appetite was non-existent, although I forced myself to eat because I was nursing. I lost about 30 pounds the first month. At night I was having trouble sleeping. My husband and baby would be asleep but I would have one worry after another going through my head. I was exhausted. I felt like my brain had been kidnapped. I couldn’t make decisions, couldn’t focus, and didn’t want to be left alone with the baby.
I wanted to run away. I withdrew from friends and felt guilty about not returning phone calls. I couldn’t understand why I felt so bad; I had the greatest, most supportive husband, a house I loved, and the beautiful baby I had always wanted. At times I felt close to her, but at other times I felt like I was just going through the motions – she could have been someone else’s child. I thought I was the worst mother and wife on the face of the earth.
Lori’s treatment:
Lori began psychotherapy and also saw a psychiatrist for medication. She was started on an antidepressant and the dosage was gradually increased. Initially she took medication to help her sleep as well. She began taking regular breaks to take care of herself. She also started attending a postpartum depression support group and met other moms with similar stories. After several months she felt like herself.

· 3 to 5 percent of new mothers develop obsessive symptoms
Symptoms
· Intrusive, repetitive, and persistent thoughts or mental pictures
· Thoughts often are about hurting or killing the baby
· Tremendous sense of horror and disgust about these thoughts (ego-alien)
· Thoughts may be accompanied by behaviors to reduce the anxiety (for example, hiding knives)
· Counting, checking, cleaning or other repetitive behaviors
Risk factors
· Personal or family history of obsessive-compulsive disorder
Tanya’s story:
Each time I went near the balcony I would clutch my baby tightly until I was in a room with the door closed. Only then did I know he was safe one more time from me dropping him over. The bloody scenes I would envision horrified me. Passing the steak knives in the kitchen triggered images of my stabbing the baby, so I asked my husband to hide the knives. I never bathed my baby alone since I was afraid I might drown him.
Although I didn’t think I would ever really hurt by baby son, I never trusted myself alone with him. I was terrified I would “snap” and actually carry out one of these scary thoughts. If my baby got sick it would be all my fault, so I would clean and clean to make sure there were no germs. Although I had always been more careful than other people, now I would check the locks on the windows and doors many times a day.
Tanya’s treatment:
After meeting with Tanya twice individually, her therapist suggested that her husband join her in the next session. Tanya needed reassurance that her husband knew she wasn’t “crazy” and would never really harm the baby. She did not want to tell him the specific graphic thoughts, so she referred to them generally as “scary thoughts.” After being educated, her husband’s aggravation with her being “nervous all the time” subsided.
Tanya started taking an antidepressant and within two weeks the scary thoughts were occurring far less frequently. Her therapist suggested that she wait another few weeks to join a support group since she was still too vulnerable to hear about the anxieties of others. In the meantime, she was given the names and numbers of a few women to connect with who had survived this disorder.

· Occurs in about 10 percent of postpartum women
Symptoms
· Episodes of extreme anxiety
· Shortness of breath, chest pain, sensations of choking or smothering, dizziness
· Hot or cold flashes, trembling, palpitations, numbness or tingling sensations
· Restlessness, agitation, or irritability
· During attack the woman may fear she is going crazy, dying, or losing control
· Panic attack may wake her up
· Often no identifiable trigger for panic
· Excessive worry or fears (including fear of more panic attacks)
Risk factors
· Personal or family history of anxiety or panic disorder
· Thyroid dysfunction
Chris’s story:
At about three weeks postpartum I stopped leaving my house at all except for pediatrician appointments. I was afraid I might have a panic attack in the store and not be able to take care of my baby. I never knew when that wave would begin washing over me and I would “lose it.” The windows had to be open all the time or else I thought I would suffocate if I had an attack.
The first time I had a panic attack I thought I was having a major heart attack. A friend drove me to the emergency room and the doctor on call told me it was only stress. He gave me some medicine but I was too afraid to take it. I went home feeling stupid, like I had made a big deal out of nothing.
Everyone told me that breastfeeding would relax me, but it did just the opposite. I never knew how much milk my baby was getting and that really worried me. Sometimes when my milk would let down I would get a panic attack. The first therapist I saw told me I must have had issues bonding with my own mother, but I knew that wasn’t true and I didn’t see that therapist again. On many nights I woke up in a sweat, with my heart beating so fast and hard. My head was racing with anxious thoughts about who would take care of the baby when I die. I thought I was going crazy. I was so scared.
Chris’s treatment:
Chris had her first therapy appointment over the telephone since she felt she could not go outside. Her therapist talked her through taking a bit of the medication her MD prescribed, so Chris would know she had something that would help in an emergency.
Driving was too scary for her, especially in tunnels and over bridges. Her husband drove her to her next session, following a route that avoided those obstacles. Chris needed to sit near the door during the appointment just in case she felt the need to run outside for some air. Her therapist urged her to sleep for at least half the night, every night. Chris’s husband began taking care of his baby for the first half of the night on a regular basis. Chris noticed immediately how sleep lowered her stress level. She attended a stress management class which also helped.”
The website www.postpartum.net has a list of support groups and area coordinators and a link to a “Self Assessment Test” under Post Partum Resources for Mom and Families.
Other PPD Resources:
www.postpartumstress.com
National Hotline 800-773-6667
I hope you have found this article excerpt helpful. If you feel you may be suffering from PPD, I hope that you reach out to family and friends and get the help and support you need. Thank you again for all those readers that shared their personal stories with me. 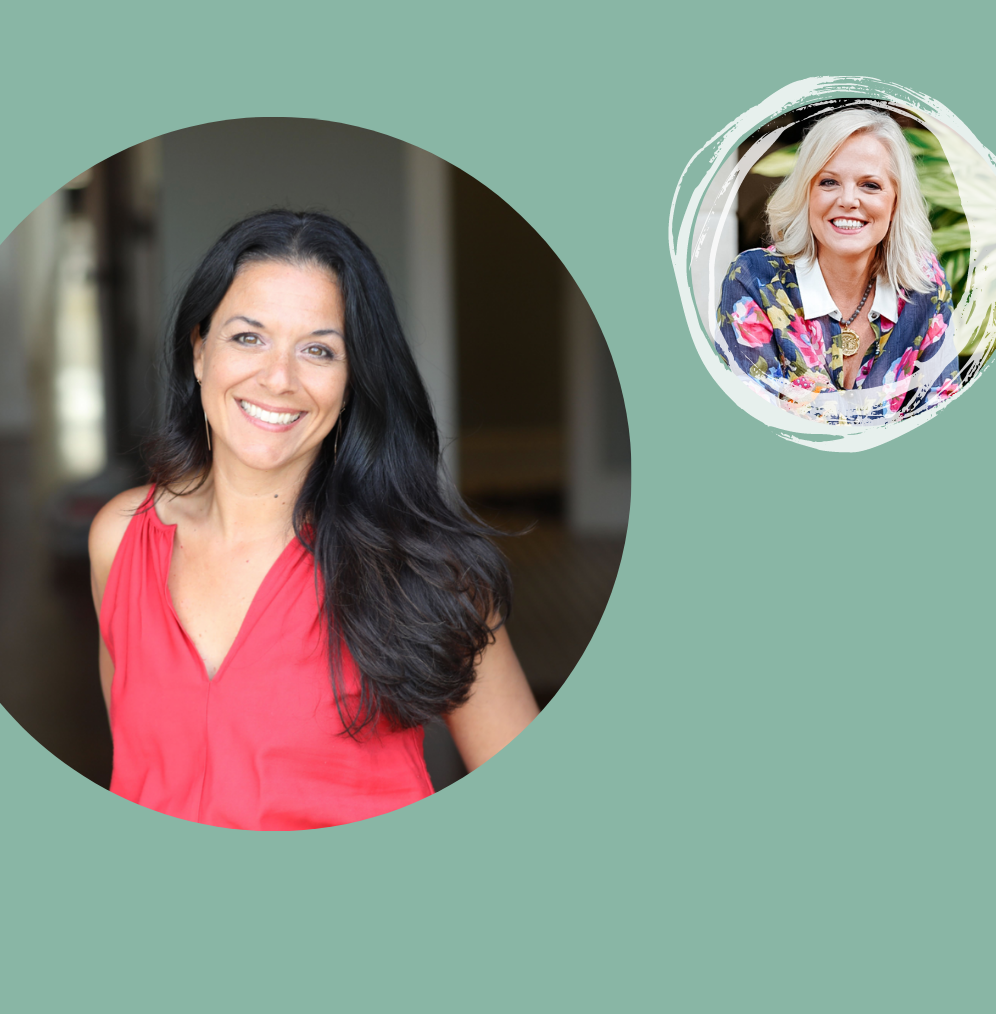 7 Survival Tips for Any New Parent with Amber Trueblood