Would you like to have me answer your baby or toddler sleep problem in my next video? If so, scroll down and submit your question in the comment section below. I will pick several questions a month to answer and post them here on the blog!

Hi, Kim West, The Sleep Lady, and in today’s vlog, I’m going to answer Tamron’s question. Here’s what she e-mailed in:

“My 10-month-old son has suddenly started fighting sleep. He used to be dozy or fall asleep after his evening feed around 7:00 p.m. I would put him in his cot in his own room, and he would sleep through until 4 or 5:00 a.m. If he stirred, we would pop in his dummy (what we call in the States pacifier) in his mouth and I would pat his back until he went back to sleep. Now he fights it. I literally mean fights.
“He’s exhausted, but if he doesn’t fall asleep with his night bottle, he won’t be put in his cot. I try and allow him to sleep by sitting with him in the room but he becomes so restless. He barrels around, sits up, and moans for up to an hour. All of this with his eyes closed. He has recently refused his dummy, and I feel he needs something to soothe him to sleep. Holding or rocking him is not an option. He just won’t be held when he is this tired. Please help.”

You know what, Tamron? I think he’s on to you. He is starting to figure out that mommy is going to hold me, rock me, feed me and then put me in to the cot. Then he’s going to wake up and not know how to put himself back to sleep unless you come in and hold him, rock him, and pat him. Remember you are doing a lot for him at bedtime in terms of putting him in his cot very drowsy. You give him a feeding and then if that doesn’t work, you might go in and pat his bottom or give him his pacifier during the night (another item to suck on).

Although he doesn’t realize it, he’s actually telling you, “Mom, it’s time for you to teach me how to put myself to sleep.” I would start The Shuffle on a day when he’s had good naps – any way you can get them. Remember, he needs about 3 hours of sleep during the day and about 11 hours of sleep at night for his age.  Use this guide to help you determine how much daytime and night time sleep your child needs.
On a day after 3 hours of naps and with his bedtime around 7 or 7:30 p.m., you’re going to put him in his cot more awake than he normally is. So, his feeding needs to happen with the light on. You have to make some decisions about the pacifier, although it sounds like he’s already refused it. So, it’s probably just as well because otherwise you’d end having to wean it later.

Find a Lovey Instead of a Sleep Crutch 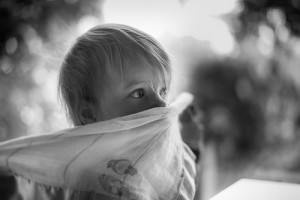 You may want to see if he’ll attach to a small little blanket that’s made to be an attachment object or perhaps a small, safe stuffed animal, instead of using you as a sleep crutch. Make sure that the object or blanket doesn’t have anything that can fall off or be pulled off and create a choking hazard. Once you’ve found your object, I would start playing with it. You can even play peek-a-boo with him every time you have bedtime routine. Hold it with him. Help him get attached to this object whatever you decide it to be and then of course, give it to him whenever he wakes through the night. This is not a magic solution but it definitely could help him.

Most importantly, make sure that you are putting him in his crib drowsy but awake and that you are responding consistently to all of his night wakings. I would encourage you to consider going to The Shuffle and following what’s outlined in my book and courses, slowly moving out of the room as you do less and less for him as he begins to learn the skill of putting himself to sleep.

Video filmed by In Focus Studios

If you have experienced a similar situation, please share on The Sleep Lady’s Facebook Page!! Supporting each other makes parenting so much easier! 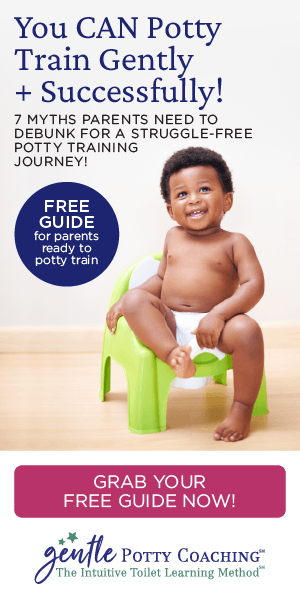 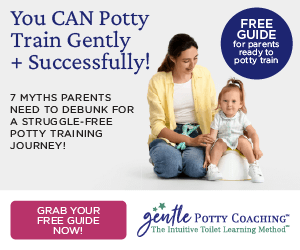