Would you like to have me answer your baby or toddler sleep problem in my next video? If so, scroll down and submit your question in the comment section below. I will pick several questions a month to answer and post them here on the blog!

I’m Kim West, The Sleep Lady. In today’s video blog, I’m going to answer Zoe’s question:
“Our son is 2 1/2, and as long as I can remember he has been an early riser. But since he started sleeping through the night, he has been consistently waking up on average around 5:30 a.m. In the past year at worst, it’s been around 5:00 a.m., which is too early.  There have been some short stretches where he’ll sleep until 6:00 a.m., but usually he’s awake around 5:30 a.m. and is very cranky, demanding cereal and milk and crying. He’s very upset. I can usually calm him down much easier than my husband, but we’re both wishing he would at least wake up happier and ideally say in bed until at least 6:00 a.m.
“These days, he usually goes to bed around 7:30 or 8:00 p.m. at the latest. He usually takes a nap around 1:00 p.m.  for a couple of hours. We’ve tried feeding him later. We’ve tried putting him to bed later. We just can’t seem to get him to bed anywhere earlier although we haven’t really tried in a long time. We’ve tried to bring him in to our bed and we’ve tried laying down with him on his little fold out couch in his room and sometimes he goes back to sleep. We have even tried turning on his light and telling him to look at books.  Nothing really works!  Any advice, please? -Zoe”

Know How Much Sleep Your Toddler Actually Needs

You gave me some important information here:
• He is not waking rested.
How much sleep does your toddler need?  A 2 and a half-year old needs anywhere between 10 1/2 to 11 hours of sleep at night and 1 1/2 to 2 hours of naps. He’s getting great naps and he’s close to the right amount of sleep. It would be very different if you told me, “Oh, he sleeps from 8 to 5 and he’s ready to go, makes it till 1:00 no problem,” but he’s not.
This makes me think that this isn’t about changing the bedtime, although it would be worth experimenting again if moving his bedtime closer to 7 or 7:30 p.m. for a little while helps at all.

Wait to Have Breakfast 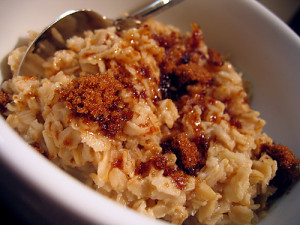 When he cries at 5:00 or 5:30 a.m. in the morning, very cranky wanting cereal and milk, do you give it to him? It is possible that you might have reinforced that behavior by giving him milk and cereal. As an example: I’ve even seen this behavior reinforced with TV, “I get up at 5:00 a.m. and I escalate my behavior and then finally mom and dad turn on the cartoons or whatever I want to watch”. When this happens I find that the waking time becomes earlier and earlier and earlier over time.”
So, just in case just that’s what you’ve been doing, I would go in, do The Shuffle and stay with him because he is quite hysterical, not allow any cereal or milk, and do dramatic wake up at 6 a.m. You may want to consider a toddler clock to help with this.
• Stall breakfast.
“Oh, let’s go get the newspaper, or let the dog out, or make daddy’s coffee.” Use these distractions if you can push breakfast out a little bit later just in case that’s been reinforcing the early rising.
• Make sure he’s awake at bedtime.
I may sound like a broken record when I talk about this, but it’s so important. If he doesn’t know how to put himself to sleep at the easiest time, which is bedtime, he definitely won’t be able to do it at 5:00 a.m.

Watch for Signs of Sleep Apnea

Finally, look for any signs of obstructive sleep apnea which can cause early rising:
• Is he a loud breather?
• Is he snoring?
• Is he mouth breathing?
• Is he sweating during the night?
Also look for any restless sleep, frequent congestion, or a history of reflux. For a more comprehensive list about sleep apnea, please see chapter 15 in my book, Good Night, Sleep Tight. Additionally, I want you to go to the pediatrician and say, “ We have really been struggling with with our child’s sleep and I didn’t know that these are particular signs that I need to talk to you about to rule out an underlying medical condition that may be causing his early rising,” because obstructive sleep apnea can cause early rising.
Zoe, I hope that helps.
Video filmed by In Focus Studios

If you have a toddler who gets up too early, please share your experience on The SleepLady’s Facebook page!  Supporting each other makes parenting so much easier!