My Baby Wakes Up 30 Minutes After Falling Asleep at Bedtime

“My 8-month old is sleeping beautifully thanks to your program except that every night after she goes to bed, my baby wakes up after about a half an hour and cries for at least 20 minutes. She goes to bed at 7:30 p.m., but even when we try a different bedtime, she’s waking up. She sleeps through the night for 11 hours and takes one or two naps, for an hour and a half to 2 hours during the day. We followed your plan and it’s worked for us. She’s sleeping finally. We thought she was teething but it’s been since she was 4 or 5 months old and she’s been doing this no matter what we do. Is this just a baby sleep problem that she’ll grow out of or has it become a habit? And if it’s a habit, how do we break it?”

This question likely has one of two answers:

Two Reasons your Baby Wakes Up:

One option is that she could be having a night terror. Night terrors usually happen after 13-15 months of age, but I have seen it in younger children. One of the most common causes of night terrors is going to bed too late, so I would just try to shift her bedtime to 7 o’clock for at least a week or two and see if there are any changes.

The second thing I commonly see if your baby wakes up just minutes after they go to sleep is that they’re put down to bed too drowsy. So, if you’re nursing her before bedtime, be sure to do it with a light on, or maybe even read a little book afterwards. Make it so that she’s more awake at bedtime. It could be the case that when you did The Sleep Lady Shuffle originally, she really didn’t fuss or cry too much at bedtime, and she may have been put down too drowsy.

Need to know more about being awake at bedtime?
Read: Drowsy But Awake: The Cornerstone of Successful Sleep Training 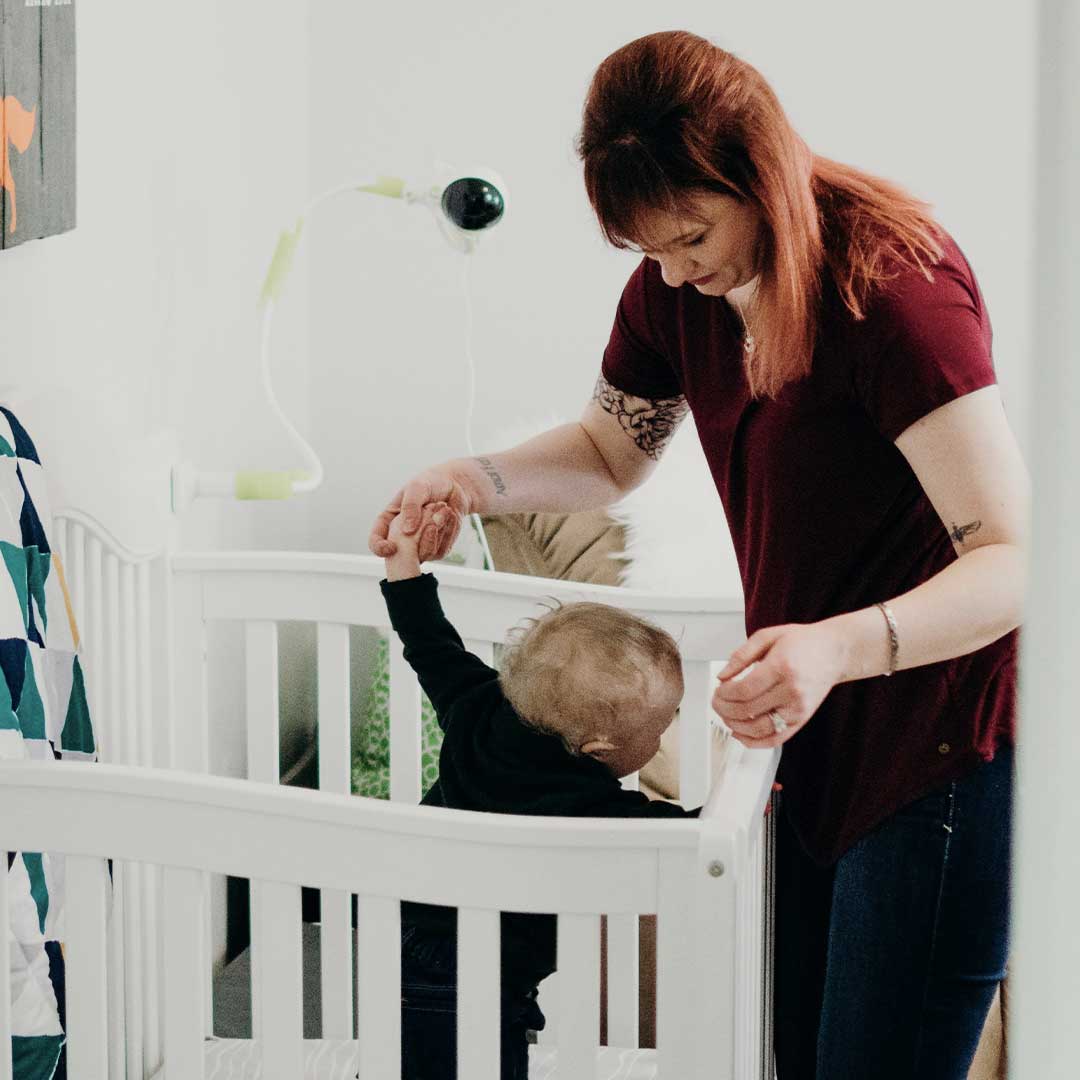 Being put to bed too drowsy is the number one reason a baby wakes up after going to sleep.

If your baby wakes up right after going down, I would recommend that you shift things up at bedtime. Make sure she is more awake before going to bed. If she does begin to fuss or cry at bedtime I don’t want you to say to yourself, “Oh, no. Now, we’ve ruined bedtime!” I’d rather you say, “Aha! That’s it. She was just too drowsy when I was putting her down.” 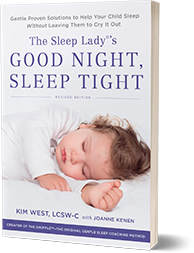 "I feel so confident having this book to refer to and know that I can do this easily and in a short amount of time! You will not regret buying this book!"

Those are the two things I would recommend for this problem. Try to make that bedtime just a little bit earlier and make those naps in-sync with her circadian rhythm (around 9am and 1pm). You may even need to do a third nap on some days as nap deprivation can lead to this waking after bedtime also.

Wondering about your baby’s schedule?
Read: Sample Schedules: Sleep and Naps From 6 Months to Preschool

And as always, make sure you talk to doctor and rule out any underlying medical condition that may be causing your baby to walk up 20-30minutes after falling asleep at bedtime.