A mom named Kristy wrote in about her 8 month-old who is standing in the crib. Here’s some advice for Kristy, and everyone else dealing with this very common developmental milestone.

“We used your techniques on my child when she was about 6 months old. It worked really well. She’s 8 months old now and has recently learned to pull herself up and is standing in the crib. If she woke in the middle of the night when she was younger, she would just crawl around the bed, fuss for a few minutes and go back to sleep. Now, she’s unstable, so we’re worried about her falling and hurting herself on the crib. We’ve tried going in and laying her back down and then leaving the room but she gets right back up. My husband must have gone in 50 times within 30 minutes until she finally fell asleep. Is this what we should be doing? Once she’s stable enough, then we aren’t worried about her falling. Should we not be going in and laying her down?”

I’ll address this milestone and:

Standing in the Crib is Normal!

Kristy, I cannot begin to tell you how often I get this question. I am even added a section about standing in the crib in my book, Good Night Sleep Tight when I redid it. This is a big milestone for your child. Can you imagine if you spent most of your life on your hands and knees or on your back and all of a sudden now you’re upright? The whole world looks completely different! It’s pretty amazing for them and they want to practice it all the time, and not just during the day.

They do go through a phase where they are able to pull themselves up on to their crib rail and they lock their knees, but don’t know how to get back down. I imagine it must be kind of scary for them, and when they get help laying back down, they think, “Hey, I want to practice that again. That was kind of fun.”

Standing can cause a bit of a sleep regression!
Read: The 7 Month Sleep Regression — What To Expect

Practice During the Day

Because she hasn’t learned how to lie back down herself, and we don’t want her flinging herself back and possibly bumping her head, I would recommend that you practice a lot during the day. For example, when she pulls herself up on the couch, I want you to take a toy, put it a near her and out of reach so she has to get down and crawl over to you to come get it. You may even have to take one of her hands and help encourage her down to crawl. You can gently press on the knees and the back so she goes down to crawl and get the toy, and make sure you clap or reward her when she does.

Another way to practice is to play Ring Around the Rosie where you get onto your knees and hold both of her hands and sing, “Ring around the rosie… and we all fall down” and plop them onto their bottom. This can be a fun way for you to encourage her to do the same thing over and over. You might have to take her hand, while pushing her knees a little bit, until she really masters it       — in about a week or two.

Is your toddler resisting sleep?

We can tell you why and how to fix it in Gentle Sleep Solutions - an online sleep training e-Course! 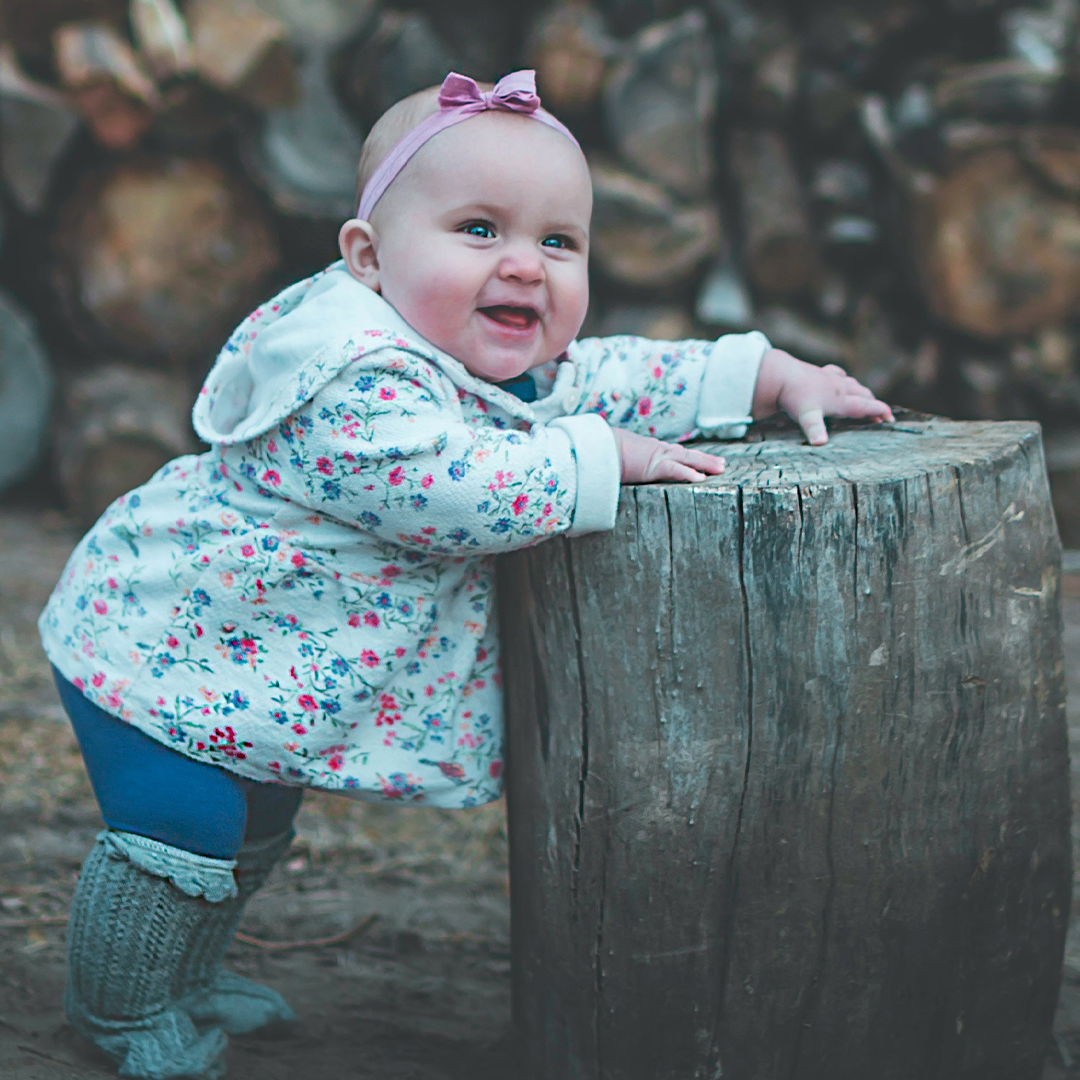 How to Address Standing in the Crib at Night

Once you see that she is able to lie herself back down, then I would go to her crib side and pat the mattress and say, “Lie down, sweetie.” Once she lies herself down, quickly stroke her and leave the room. You will have to stop the pattern of going back in to lie her down so often.

You might as well just plan for you or your husband to stay next to her crib until she’s completely back to sleep each time she wakes up because it will be less exhausting for you during the night until she masters her skill during the day. Once she knows the skill of lying herself back down, you and can start to move away from the crib just like you’re doing The Shuffle.

We have even more information about this milestone!
Read: My Baby Learned to Stand and Now He Won’t Sleep Through!