Mornings for some of you begin as early as 4 AM. Waking up too early can mean a tired family and earlier naps, throwing off bedtime rituals later. Waking up too late does the opposite, pushing nap time to later in the day and sometimes prolonging bedtime. And believe it or not, a later bedtime doesn’t mean your child will wake later. Don’t worry! Early rising in toddlers is a very common problem that can be fixed!

The four main causes of early rising toddlers are: 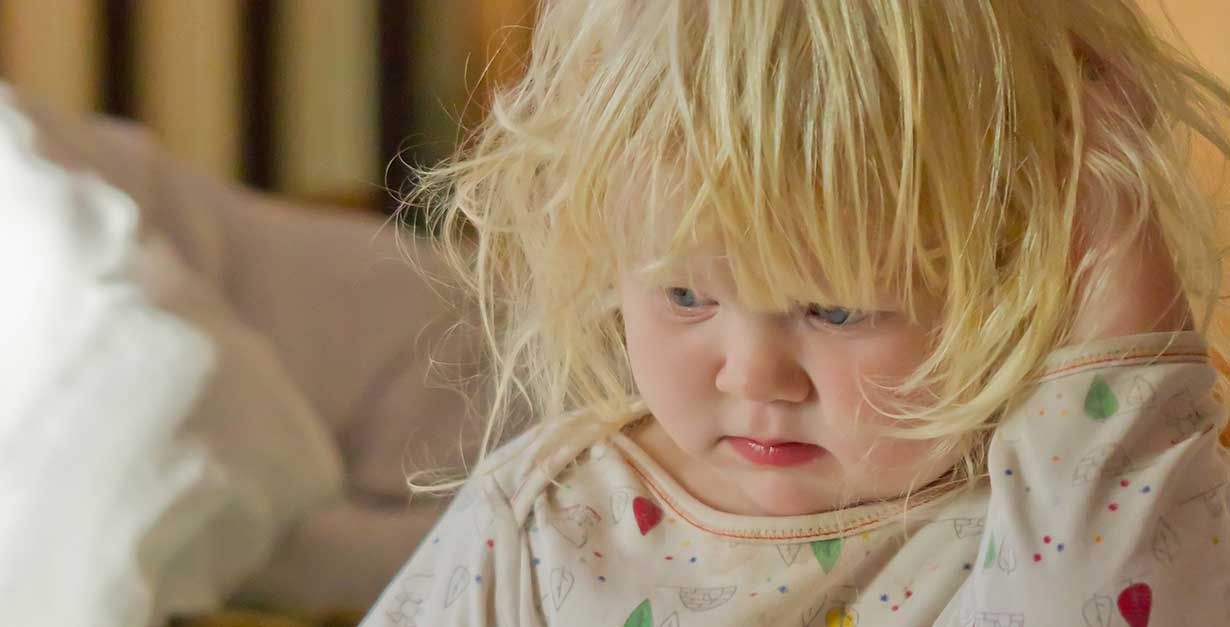 You need to intervene and coach him to sleep later. The longer you endure early risings, the harder it is to change the pattern. Better you address it now, even if it takes a few weeks to see results. Once they’re older, it can take months.

What schedule is YOUR toddler on?
Read: Baby and Child Sleep: Sample Schedules From 6 Months to Preschool

If too much light is coming into the toddler’s room, buy room-darkening blinds. Sometimes the simplest solution for early rising in toddlers IS the solution. These are also good for napping.

If an external noise like garbage trucks, songbirds, or a dad with a long commute who has turned on the shower is waking him, you might want to try a white noise machine or a fan.

When your early bird stirs, go to his room immediately.

Even if he doesn’t doze off again — and not all toddlers will at first — do not turn on the lights or get him out of his crib until 6:00 a.m. no matter how much he protests. Getting him up earlier, while it is still dark, sends a confusing message and is another example of intermittent reinforcement.

Does your toddler have a lovey?
Read: The Lovey — Your Child’s First Best Friend

Stay in Your Child’s Room

At this age, I usually recommend that the parent stay in the room for this early-morning routine.

If, however, you feel your presence is encouraging him to be more awake, as often occurs with older children, you can try leaving his room after a bit of reassurance and see if he falls asleep again on his own.

Check on him every ten to fifteen minutes.

If you stay in the room, keep the interaction minimal. Try sitting in a chair with your eyes closed. When the clock finally strikes 6:00 a.m. and he’s not falling asleep, leave the room for a minute or two.

He may cry, but try not to let it bother you — you will be right back in a minute.

When you come back in, make a big deal out of “good morning” time. Do your dramatic wake-up.

The morning routine is the flip side of the bedtime-routine coin. Your goal is to help him distinguish between day and night, to know when it really is time to get up.

Your message must be clear: “I’m getting you out of the crib because it’s morning time, not because you were crying.”

If your early riser is over 2 or 2.5 years old and sleeps in a bed, then you will have to return your child to their bed and treat this like a night wakening.

Continue with your Shuffle position until the clock strikes 6:00 a.m. Consider using an alarm clock radio or a light with an appliance timer to help signal to your child when it is wake up time.

If you sometimes let your child get out of bed and start the day before the music comes on then he or she will not take the alarm clock seriously!

Forgot how to do The Shuffle?
Read: The Sleep Lady Shuffle: How to Gently Sleep Train your Baby

If your child is new to early rising since daylight saving time ended, use the nap to get to the new bedtime. In other words make sure the nap is after 12 p.m., and is long enough so that the wakeful window after the nap is not longer than 4 hours (max 5 for a toddler/preschooler who is well rested).

Patience, consistency, and understanding of both your child and his needs are critical for this process to be successful. Be firm and be loving and good mornings will be right around the corner! I wish you both many happy mornings together!