Early Rising Baby: Tips for When Your Baby is Up Too Early

So many babies between six and twelve months are starting to sleep in longer stretches over night. Parents are ecstatic that their baby is “sleeping through the night,” until they wake at the literal crack of dawn. Or perhaps the baby was sleeping through until 6 a.m. or 7 a.m. until suddenly, she’s getting up at five. You have an early rising baby! The problem is common, and the causes are many.

Here are some factors that can directly affect your child’s wake time: 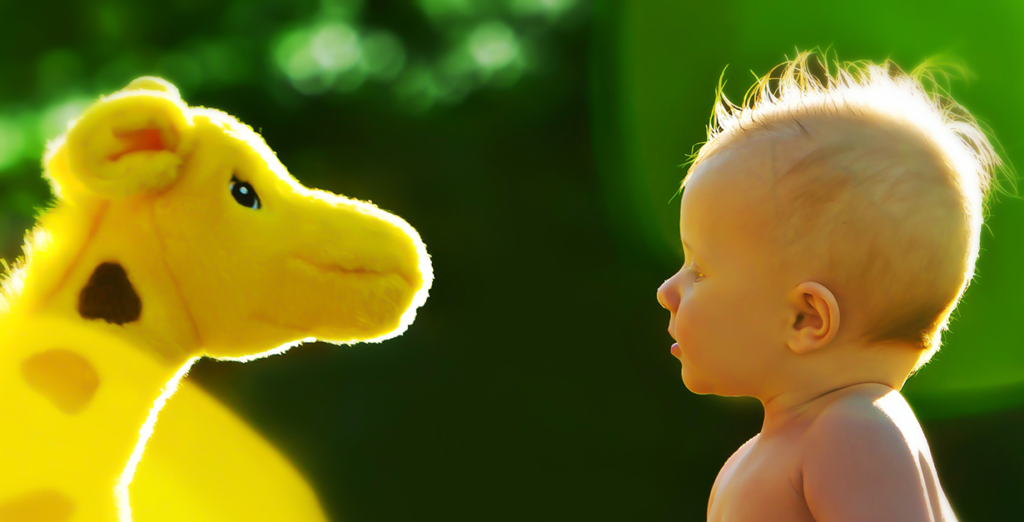 This is a very common problem, but often, the solution isn’t one that is instant. Like anything to do with learning a new skill, learning how to fall asleep — and stay asleep — takes time. Early rising essentially means your child is having a difficult time putting himself back to sleep after a long stretch of sleep at night, or isn’t getting quite enough sleep to make it to his or her nap without being overtired This part of the skill is more difficult than putting yourself to sleep at bedtime.

Is My Early Rising Baby Sick?

When your baby is sick they will usually wake up to let you know they do not feel well, and this is normal. During an illness, you need to know what your baby needs, even if it’s the middle of the night. It’s possible that your child is getting a cold or has an earache. If you suspect illness, pay special attention to his cries and body temperature and contact your pediatrician if you feel that anything is out of the ordinary.

Along that same line of thought, the common cold, allergies, or even GERD may be the culprit.

Another common cause of early rising is undiagnosed sleep apnea. Ask yourself these questions:

Want to know more sleep apnea and baby colds?
Read: Baby Colds: How The Sniffles Can Mess Up Your Baby’s Sleep Patterns

What are the Other Common Reasons for Early Rising?

Sometimes an early rising will start gradually and you may not recognize it as it is happening.

It’s normal for a baby to wake up anywhere from 6 a.m. to 7a.m. Any earlier than that, and you officially have an early rising baby, and you will need to fix that.

Is My Baby too Drowsy at Bedtime?

The paramount lesson of helping your baby to learn to fall asleep on his own is putting him to bed drowsy but awake. You want him to be tired and ready for sleep, not falling asleep as soon as his head hits the mattress.

Putting yourself to sleep is a form of self-soothing. In order for him to learn, he needs to be awake enough and in bed long enough to experiment and figure out what helps him drift off to sleep. You’ll know when he’s mastered this because when he wakes up during the night — or in the wee hours of the morning — he can and will use the same “method” to drift off to sleep again.

How drowsy is too drowsy at bedtime?
Read: Drowsy But Awake — The Cornerstone of Successful Sleep Training

Is Being Overtired Causing Early Rising?

This may seem counterintuitive, but an overtired child generally takes longer to get to sleep and will wake more often during the night. So, while we want him to be drowsy, you definitely do not want to keep your child up too late, hoping that they will wake less often during the night and sleep later in the morning. This rarely works.

Review your baby’s nap schedule to make sure that you are not exceeding their wakeful window. Be sure there are no more than 4 hours between the end of his afternoon nap and his bedtime.

Wondering about that wakeful window?
Read: Baby And Toddler Naps — Everything You Need To Know

Is my Baby Taking Disaster Naps?

This is another counter intuitive idea; short napping or not enough napping can cause increased night waking and an early rising baby. Quality naptime actually helps encourage quality nighttime sleep.

If your child tends to take very short naps or finishes their naps early in the day, you are probably dealing with early rising. Review your child’s schedule to see if you may need to adjust naptime.

What is your child’s ideal nap and sleep schedule?
Read: Sample Schedules: Sleep and Naps From 6 Months to Preschool

Many parents are shocked when I tell them that their child’s natural bedtime is likely between 7 p.m. and 8 p.m.

If your baby’s bedtime is well beyond this window, sleep in the night could be disrupted and can lead to early rising, not to mention night terrors!

Consider adjusting bedtime to see if this allows him to make it to a reasonable wake-up time.

Is My Baby Waking Early Because it’s Too Bright?

Is your child’s room bright as day even in the early morning hours? If so, the sunlight could be triggering a wake-up call for your child. Remember, our circadian rhythm is strongly influenced by natural light.

Even if you don’t think that this is the problem, it doesn’t hurt to install room-darkening shades or curtains in order to block out the sunlight.

If your baby is younger than 8 months, he may be genuinely hungry in the early morning. Remember, his tummy can only hold so much food, and once it digests he may be waking from real hunger.

Does My Baby Need to be Fed?

If your baby is younger than 8 months, he may be genuinely hungry in the early morning. Remember, his tummy can only hold so much food, and once it digests he may be waking from real hunger.

If you suspect this is the problem try a “dream feed” at about 10:00 or 11:00 p.m. Additionally, be sure to review your baby’s daytime feeding schedule with your doctor at your next appointment to make sure that he’s eating enough during the day.

To successfully dream feed, slip into his room quietly and keep the light as dark as possible. Nurse or feed him while he is still very drowsy — just awake enough to eat —and place him right back in the crib.

Don’t talk to him at all and don’t change his diaper unless absolutely necessary. This late-night dream feed may give him what he needs to sleep until a reasonable wake time.

Use The Shuffle with your Early Rising Baby

If you find that after making adjustments based on the tips above, your child is still waking up too early, go back to The Shuffle and treat the early rising like any night waking. The catch is that you use you consistent response until 6:00 a.m.

Then, if he still has trouble, use what I like to call the Dramatic Wake Up! Leave the room for a full minute — really! Watch the clock. After 60 seconds, return to the room with a bright and cheerful “Good Morning!” Open the curtains and let the light flood in. This signals your child that you are getting him up because it is morning and not because he is waking up too early.

Keep using The Shuffle in the early morning until the habit resolved. If you allow it to persist you could be introducing a new sleep crutch that will need to be broken eventually.

My One Year Old Is Awake for Hours at Night! Help Me Get Her to Sleep
December 1, 2020
The Benefits of an Early Bedtime — Tips from the Sleep Lady
November 20, 2020

My Baby Learned to Stand and Now He Won’t Sleep Through!
November 11, 2020

My 14-Month-Old Wakes Up Too Early — How to Fix Early Rising
November 5, 2020
Search for articles by keyword or topic